Energy Audit   - Iberdrola - IBERDROLA
You are at |

Save energy with our energy audit programmes 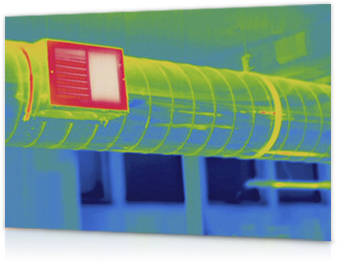 START SAVING WITH OUR CUSTOMISED AND COMPREHENSIVE ENERGY AUDIT SERVICE

We offer a customised and comprehensive energy audit service that allows you to identify and implement energy saving and efficiency measures adapted to your needs.

Energy audits will allow you to capitalise on your energy use while reducing the environmental impact in your installations.

Royal Decree 56/2016 stipulates an obligation for large companies to conduct an energy audit by 14 November 2016.  For more information, click here.

WHAT DOES AN AUDIT INVOLVE?

The energy audit involves an analysis of the energy efficiency of existing equipment that uses electricity and fossil fuels, the installation's usage conditions, energy billing, etc., in order to optimise the existing processes and installations from the point of view of energy usage and identify energy saving and efficiency measures. Once the saving potential has been identified, the audit establishes the most suitable solutions and performs a technical-economic assessment.

The audit includes the following activities:

Parties obliged to conduct an energy audit include companies considered to be large companies, that is, employing at least 250 people or having a turnover greater than €50Mn and a balance sheet greater than €43Mn. Also corporate groups which, by taking into account the aggregate figures of all the companies that make up the consolidated group, meet the requirements to be considered a large company.

The energy audit must cover at least 85 per cent of total energy usage of all installations throughout the country that form part of the industrial, commercial and service activities that said companies and groups manage in the execution of their economic activity.

The deadline for conducting the energy audit is 14 November 2016, providing it has not been conducted previously within a time frame of four years (which meets the energy requirements of this Royal Decree).

Subsequently, liable parties must undergo an energy audit every four years as from the date of the last audit, unless they have implemented an energy or environmental management system certified by an independent body in accordance with international standards.