Information on energy market - IBERDROLA
You are at | 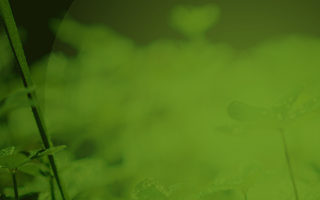 Information on the Energy Market

HOW IS THE DAILY PRICE OF ELECTRICITY ARRIVED AT

Generation companies make energy sale offers for every hour of the day. These offers are matched, giving priority to those offering the cheapest electricity, until the entire market demand is covered. The last sale offer matched determines the Hourly Marginal Price, which is applied to all the generation companies that have been matched for that hour.

The process is daily and sets the price for every hour of the following day.

FREQUENTLY ASKED QUESTIONS ABOUT THE DEREGULATION OF THE ENERGY MARKET

You have been able to choose which natural gas and electricity company you want to work with ever since January 1, 2003.

Please refer to the following frequently asked questions to clear up any doubts you may have regarding this legislation.

1. What does market deregulation mean?

Energy market deregulation means that consumers can choose which natural gas and electricity company they want to work with, regardless of the geographical area they are living in, whether for their business or for home.

2. What options does market deregulation offer?

It gives you the option of moving into the deregulated market, that is, of contracting your gas supply, electricity supply, or both with the distribution company that offers the best conditions within the competition.

3. What aspects should I take into consideration when I choose my power company?

4. How much does it cost to switch from the rate market to the deregulated market?

Nothing. Switching your power supply from the regulated rate market to the deregulated market does not involve any additional cost.

5. Is it necessary to change the meters?

6. Who is responsible for the quality of the power supply?

The quality of the power supply will continue to be the responsibility of the distribution companies and will not depend on the retailer chosen. That is why switching to another company does not involve any variation in the technical quality of the supply.

7. How does IBERDROLA help me with the paperwork

At Iberdrola, we take care of all the paperwork so you won't have to.

All you need to do is contact us and we'll do the rest.

You can also check all our offers and services.

FREQUENTLY ASKED QUESTIONS ABOUT THE DISCONTINUANCE OF HIGH-VOLTAGE RATES

On 1 July 2008, high-voltage rates were discontinued and gave way to a deregulated market where each user selects the retailer that offers the best conditions.

For more details on the steps to be followed and the service Iberdrola can offer you, check the following information.

1. New boost to the deregulation of the electricity market

Starting on 1 July 2008, the deregulation of the electricity market has been boosted by the discontinuance of the general high-voltage rates, as well as the power hourly rate (THP) and the high-voltage irrigation rates (R.1, R.2 and R.3).

2. What to do in the face of the discontinuance of the high-voltage rates?

The best option: switch to the deregulated market as soon as possible, i.e. sign up for electricity supply with the retailer that in you opinion offers the best conditions within the new competition framework.

3. What happens with high-voltage supply starting on 1 July 2008 if I do not sign up with a retailer?

Starting on 1 July 2008, the retailer will bill on the first month the electricity used at the same price as the 3.0.2 low-voltage rate, with the reactive energy supplement and the type of time-of-day rate contracted by the customer. This involves a significant price increase.

In addition, each month you delay the switch to the deregulated market penalties are applied, as the price will increase by 5% a month.

4. Must the customer necessarily switch to another electricity company?

Moving into the deregulated market does not necessarily mean that you need to switch to another company, but you can sign up with a retailer belonging to the same Group as your distribution company, as in the case of Iberdrola.

5. How can Iberdrola help if you want to switch company?

At Iberdrola, we take care of all the paperwork so you won't have to.

All you need to do is contact your personal manager or customer telephone service for Companies.

As established in Royal Decree 216/2014, dated 28 March [PDF] (*), the price that must be paid by consumers who do not have the right to sign up for the voluntary price for small consumers and who temporarily lack a contract with any distributor but continue using electricity, will be the result after applying the following:

The following tables display the pricing for access rates applicable to supplies that are not entitled to opt for small consumer voluntary pricing.

The prices shown do not include the electricity tax or VAT.

You can check the official provisions on www.cnmc.es (*)

The following tables contain the prices for last resort supply of natural gas as established by the Directorate General for Energy Policy and Mining in its Resolution of 25 September 2017, whereby publishing the last resort rate for natural gas.

The prices shown do not include indirect taxes. (1)

Order ETU/1977/2016, dated 23 December, which establishes the tolls and fees associated with third-party access to the gas installations and sets out payment of regulated activities. [PDF] (2)

(1) The Economic-Fiscal System of each autonomous region shall be applied.