In line with its commitment to equal opportunities and the empowerment of women, Iberdrola promotes 32 Spanish federations, including the Royal Spanish Football Federation, with which it has been collaborating since 2016 by supporting the Spanish Women's National Football Team, which this summer will experience its fourth European Championship with the hope of making history.

Women's football in Spain continues to grow and the national team is already a reality. Now it is time to build on the successes of the journey so far in England. The Red Team has come on in leaps and bounds and is ready to live up to the label of a candidate that can dream with no limits, which it has steadily earned and deservedly so.

Iberdrola will accompany the national team in its journey to England, as the main promoter of equality through sport, a competition that aims to mark a turning point in the history of European women's football 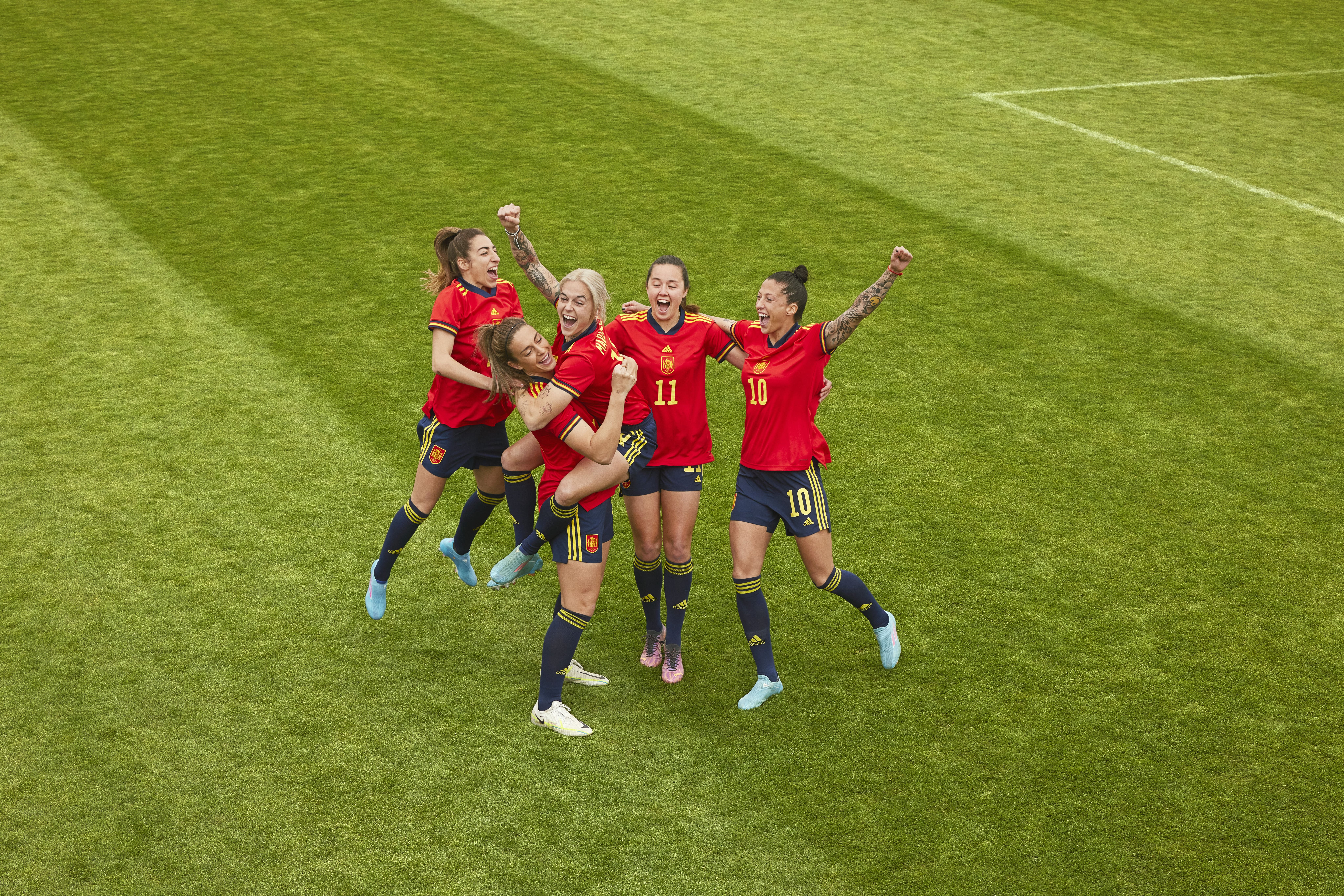 IBERDROLA REDOUBLES ITS COMMITMENT TO EQUALITY 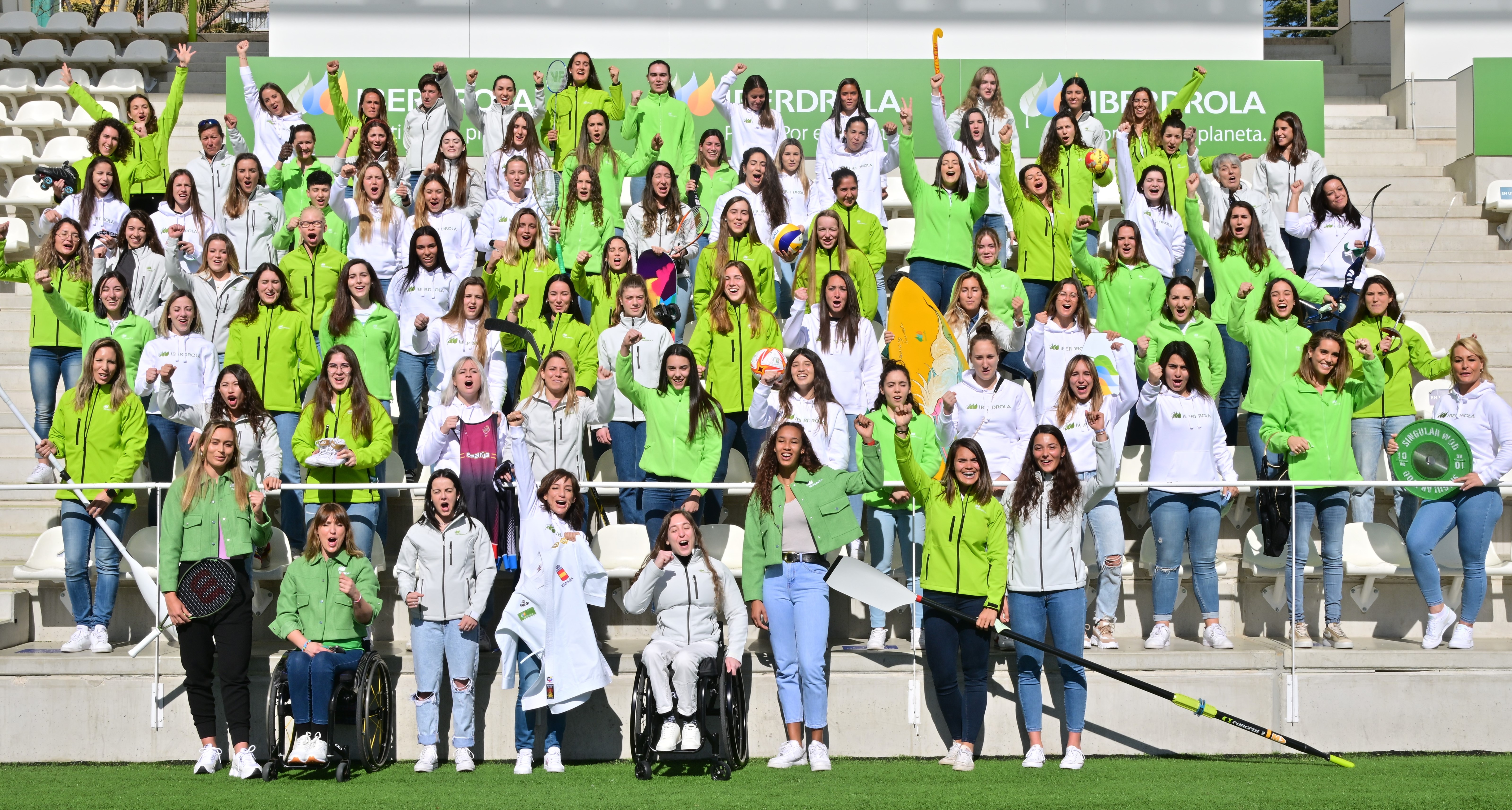 Iberdrola has strengthened its commitment to women's equality through sport, which already directly benefits around 600,000 sportswomen, adding 16 new National Federations that have joined the collaboration agreement it has been undertaking since 2016, now reaching 32.

In addition, following the expansion, Iberdrola now promotes more than 100 competitions with naming rights, including 32 leagues.

Since 2016, Iberdrola has been the main promoter of women's sports in Spain, something that has translated into a 42% increase in the number of women's licences in the Federations supported. Iberdrola's support now reaches 600,000 federated women, which means that it supports 2 out of every 3 federated women, although indirect support is much greater and reaches many more women and girls who practise grassroots sports.

One of Iberdrola's main goals is to create inspirational women; sportswomen who can lead the way and help break down barriers. For this reason, Iberdrola, through its female ambassadors programme, supports 27 sportswomen, working hand in hand with the media, increasing the number of broadcasts for women's sports and generating thousands of contents in order to give them the greatest possible visibility. 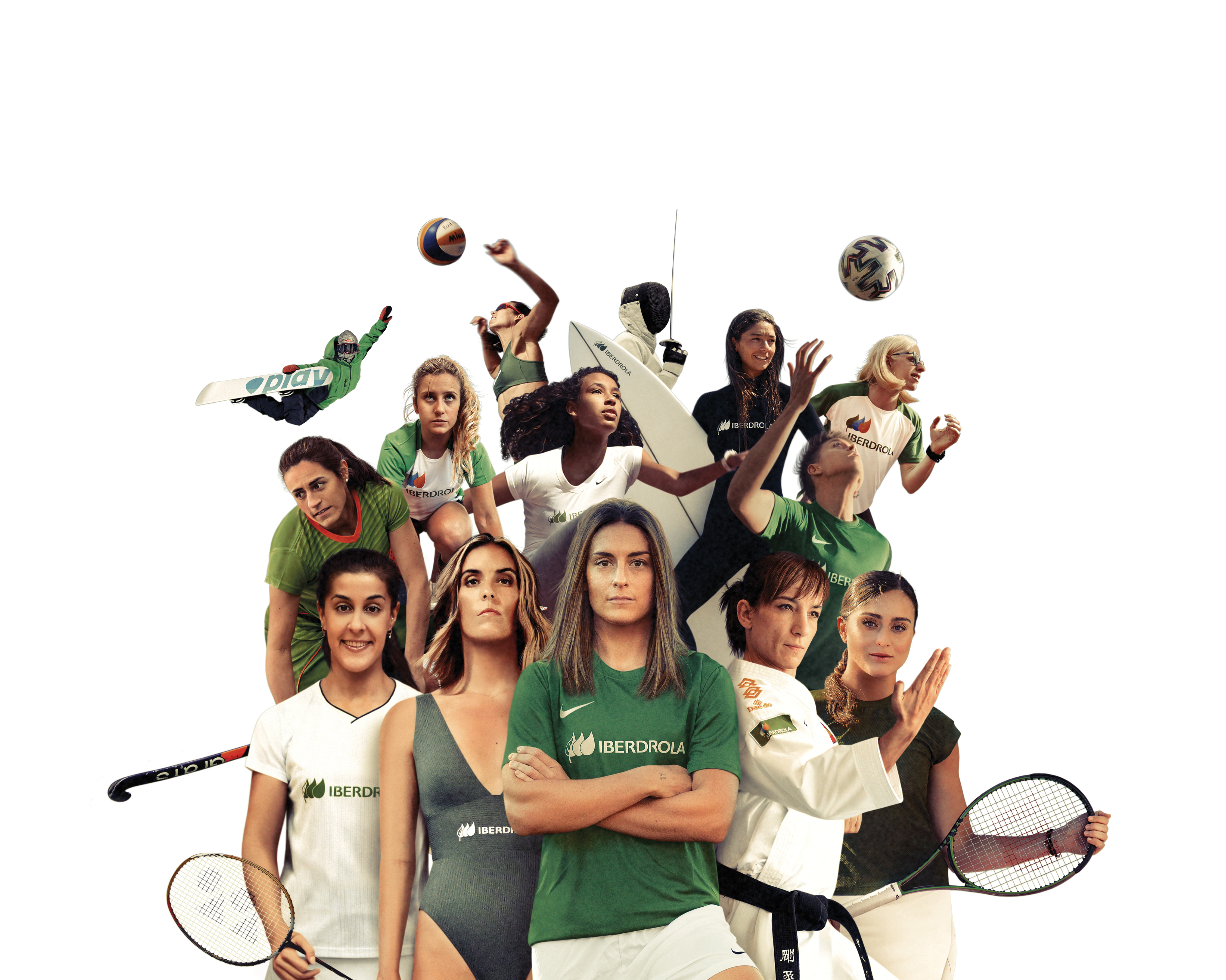 Girls now have role models to look up to. "Mum, I want to be like Alexia Putellas. I want to be a footballer and win a Ballon d'Or", "I, however, want to play badminton like Carolina, and win a medal at the games". "Well, I want to do boxing, rugby, hockey...".

Sportswomen who are achieving not only great titles, but are inspiring a new generation that already has real examples that, regardless of gender, means that by practising any type of sport this is possible, knowing that they can become whatever they want, and even reach the top.

Some of the goals pursued by Iberdrola include promoting grassroot sport among girls, helping to incorporate women into the field of competition and increasing their visibility, encouraging the inclusion of people with special abilities in sport, promoting the integration of women in society and encouraging mental health care. 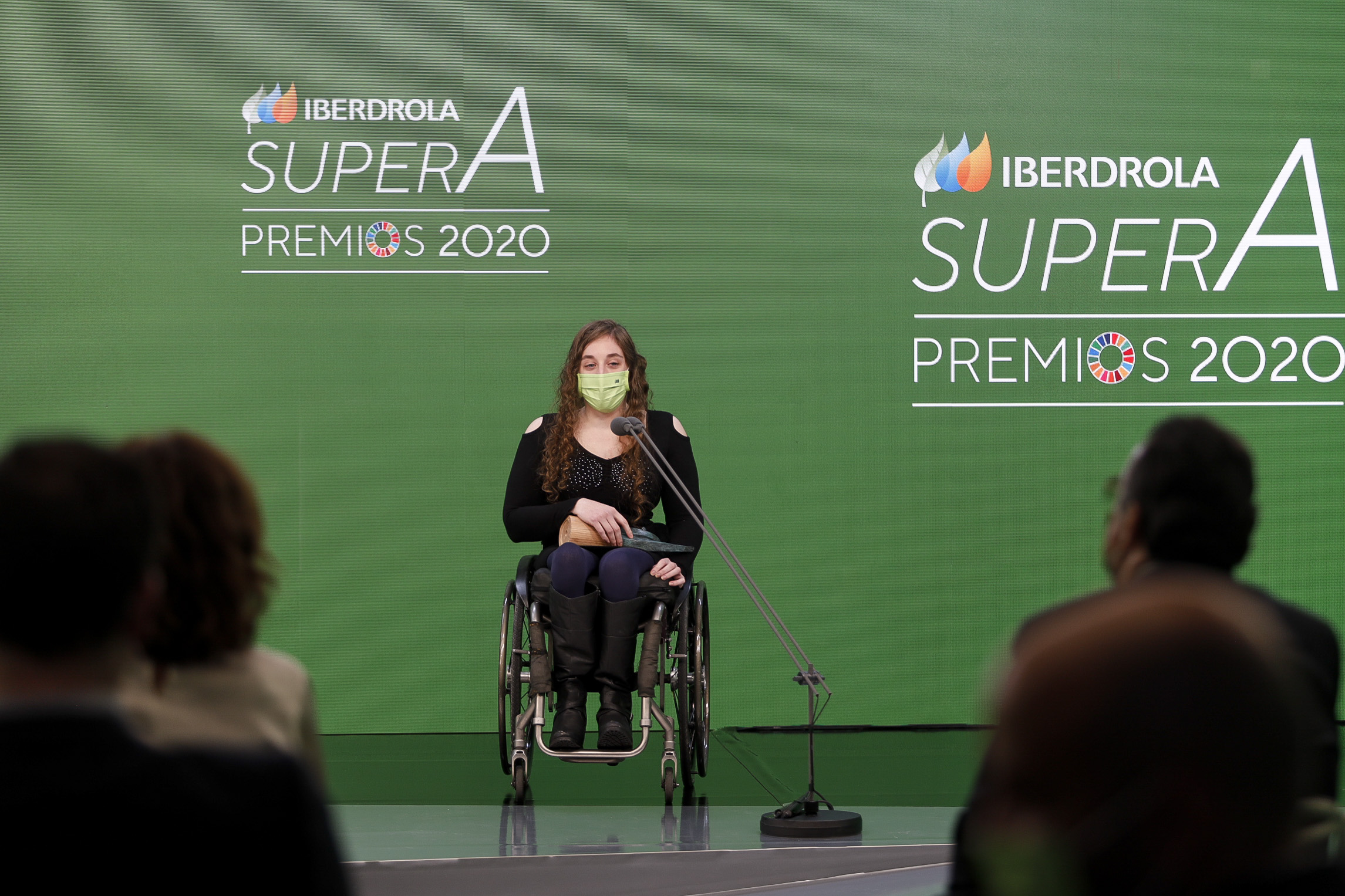 Which is why the first Iberdrola SuperA Awards was created in 2020. These awards recognise and support projects, programmes and initiatives promoting gender equality and the empowerment of women through sport. 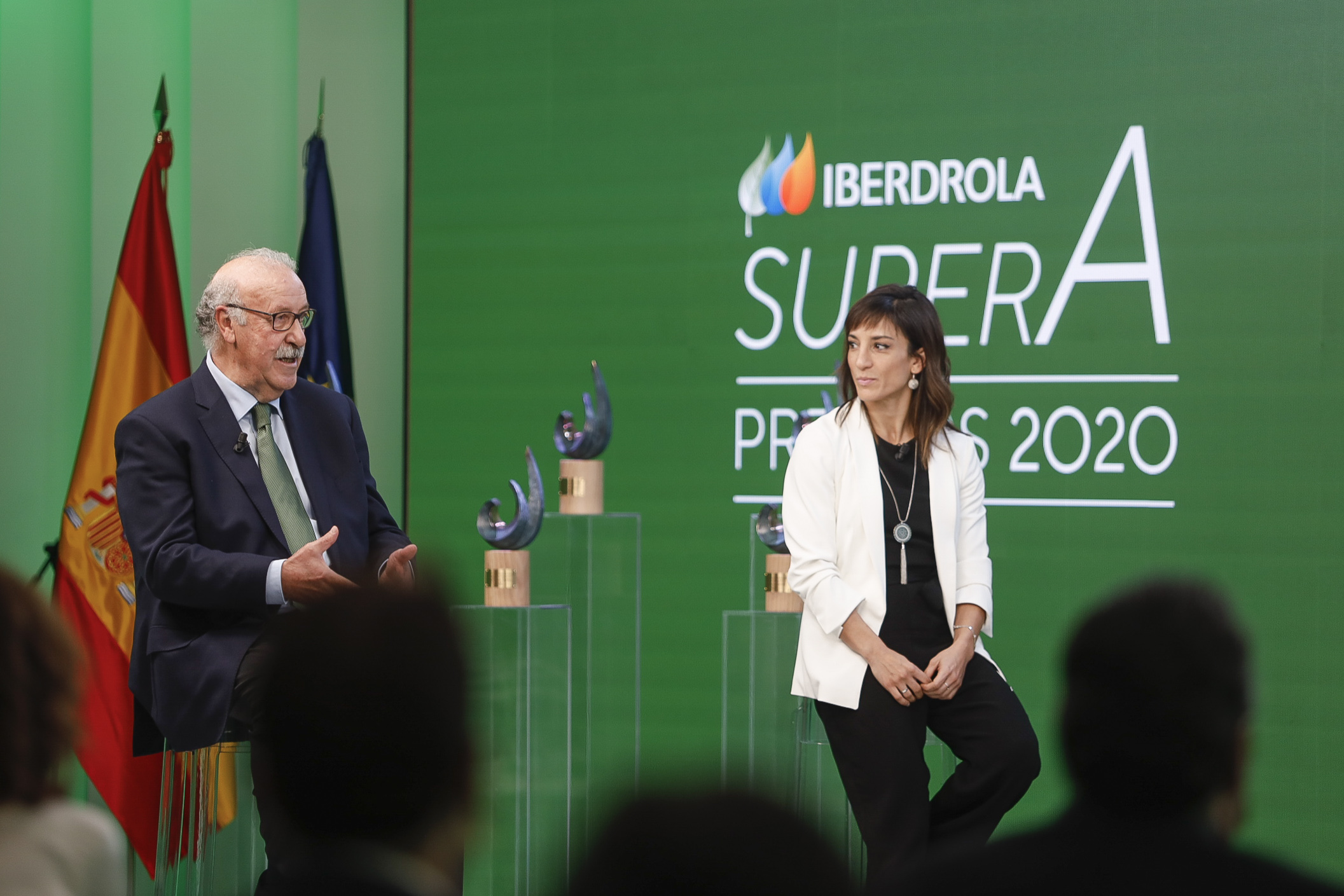 Iberdrola will award six prizes of 50,000 euros, one for each category. A Jury of Honour composed of 11 women and four men, all of them well-known personalities from the world of sport, will select the six winning entries. Along with the recently incorporated Susanna Griso, Sonsoles Onega and Eli Pinedo, the following will participate in the deliberation as in previous editions: Vicente del Bosque, Javier Fernández, Sandra Sánchez, Teresa Perales, Carolina Marín, Jesús Carballo, Silvia Navarro, Amanda Sampedro, Paloma del Río, Marta Arce, Ona Carbonell, and Manu Carreño.

There was a time when the words “athletics” and “woman” together in the same sentence were almost impossible to find, but a woman born in Castelserás, Teruel, paved the way by taking golden steps. Her name was Carmen Valero.

In 1975, she won a historic world bronze medal in cross-country running. Shortly after, two world gold medals confirmed her success in athletics. She achieved what no Spanish female athlete had ever achieved before: qualification for the 1976 Montreal Olympic Games, where she very narrowly missed out on advancing to the next round in the 1500m.

Iberdrola has already paved the way for clean energy. And now, it is doing the same for equality through sport, being the first company to make a firm and global commitment to women’s sport by supporting 16 federations: gymnastics, triathlon, rugby, canoeing, badminton, football, handball, volleyball, hockey, table tennis, athletics, karate, boxing, surfing, ice sports and fencing. And lending its name to 23 leagues, all of them top-tier, and 35 other competitions.

DREAMING OF THE GAMES

It has taken longer than usual to get there, but it now feels unstoppable. After five years of effort and improvement, the stars of Spanish sport continue to train to the highest standards. The most eagerly awaited Olympic Games in history is ready, and it promises to be unforgettable.

On Wednesday 26 May, we bid farewell to several of the sportswomen who will represent Spain at the Games. They all took part in the Light of Iberdrola lighting ceremony, which will remain illuminated during the Games as a symbol of the company's commitment to women's sport and empowerment. 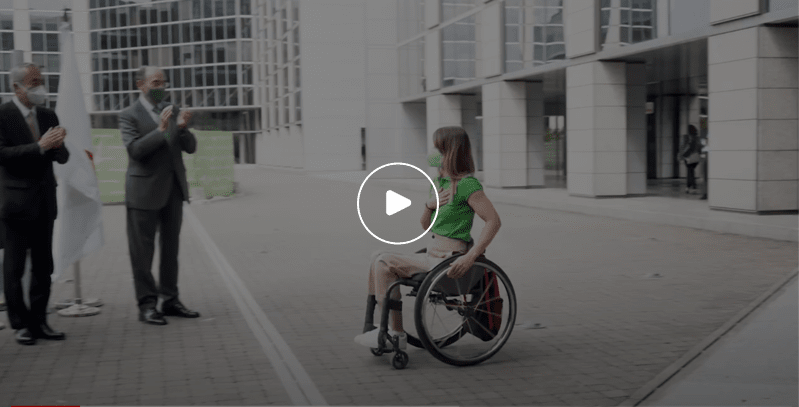 Iberdrola redoubles its commitment to equalty

Dreaming of the games